The reality is that a lot of smaller festivals and events will likely never have professional Event Controllers and Safety Officers working on them. That's not necessarily a problem.

It's important that those involved in running them do know as much as possible about the basics and the common mistakes that are made.

That's what this blog post and Part Two are all about.

#1 Use of indoor plugs outdoor 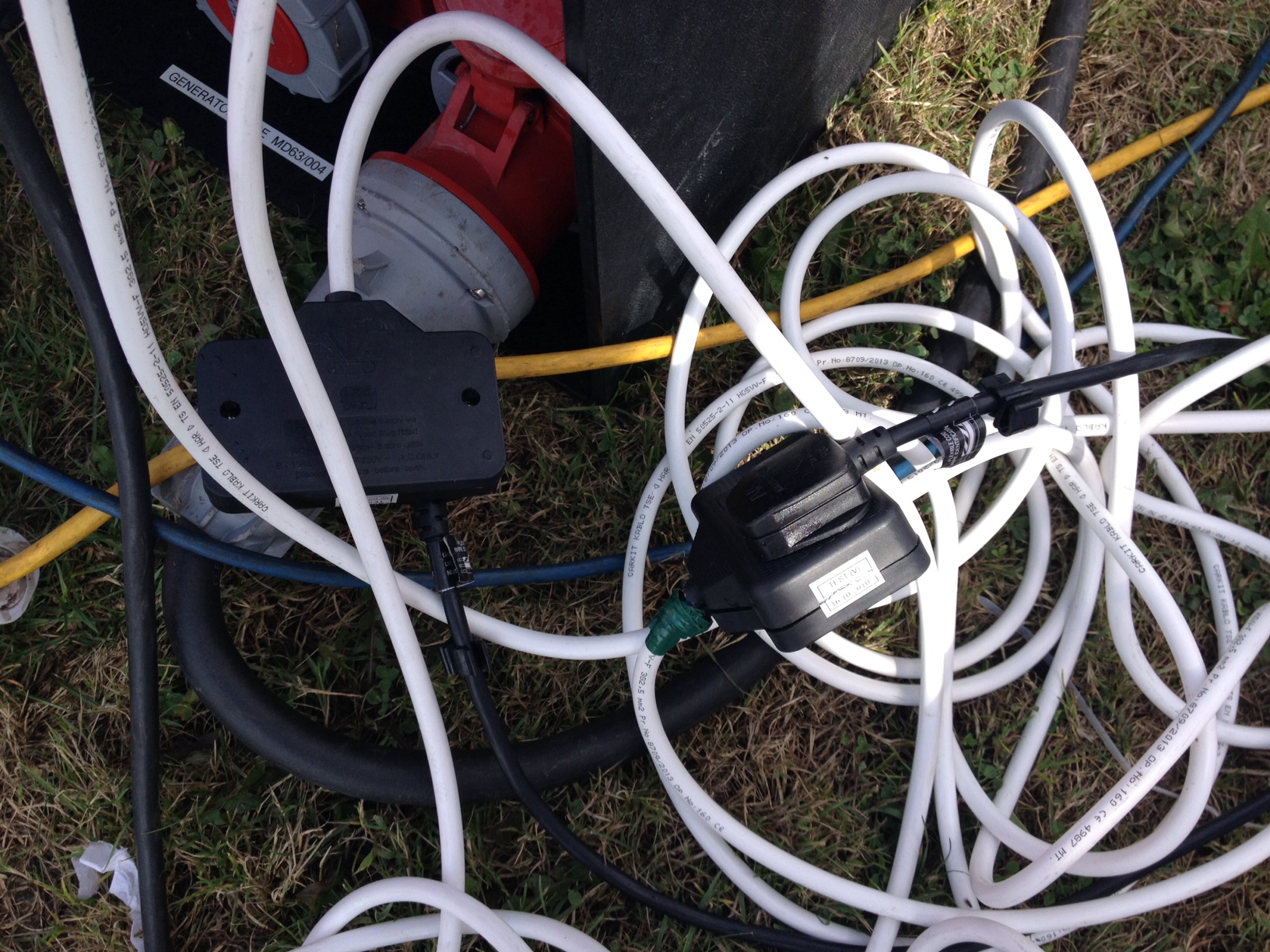 I took this photo at a very popular local festival in Dublin. It was a weekend festival and the day I took this was drier than the previous day but there were still regular showers.

To make matters worse, this tangled web of wires was accessible to everyone attending the festival.

The whole thing was sitting on wet grass, on a fairly miserable day, with regular showers.

There is a right way and a wrong way to make power happen outdoors. This is the wrong way.

Things are getting better in this regard but there are still plenty of people operating food trucks and concessions units that don't take their safety responsibilities seriously.

We once looked after safety at a festival where one vendor set up a domestic BBQ on site to cooks and serve with. We explained that it wasn't safe to do so and ultimately we had to refuse him permission to operate at the festival. At that point he decided to park outside but close to the site and operate anyway.

His unit subsequently caught fire, resulting in us having to clear our festival site for a period of time and the fire brigade having to respond to put out the blaze.

We were (naturally) very glad we hadn't allowed him operate within the festival site.

Sourcing good vendors isn't always easy and there is an array of paperwork and certifications you need them to have. 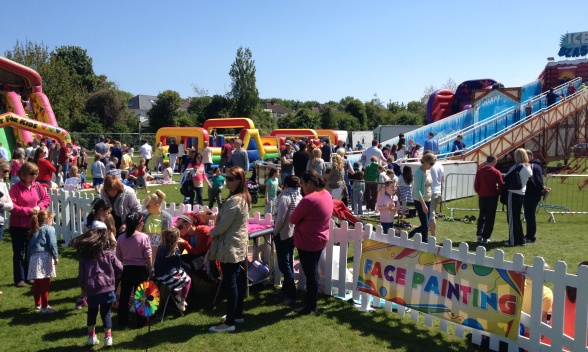 When we're planning an event for a client we know what inflatables operators to approach.

We only want to work with the ones who insist on providing their own trained & experienced staff. They take their responsibilities seriously, which is what we want and what our clients want.

It's worth noting too that insurance for inflatables operators often stipulates that they must provide staff also. If they don't then their insurance is invalidated.

#4 Have more than one entrance & exit

Generally speaking, you need to have more than one entrance and exit to the event. This is especially important if your event takes place in a marquee.

We've seen countless festivals and events operate with only one entrance and exit.

A reputable marquee supplier shouldn't let that happen but ultimately it's on the organisers to ensure it's safe.

We once attended a festival where there was one door in and out of the marquee, with a 3m x 3m gazebo set up immediately outside the door. This was where tickets were being checked, so it constantly had a queue of people blocking the door. You also had to enter the gazebo and then turn 90 degrees into the marquee, which isn't ideal.

This situation had the potential to go very wrong.

#5 Be conscious of trip hazards 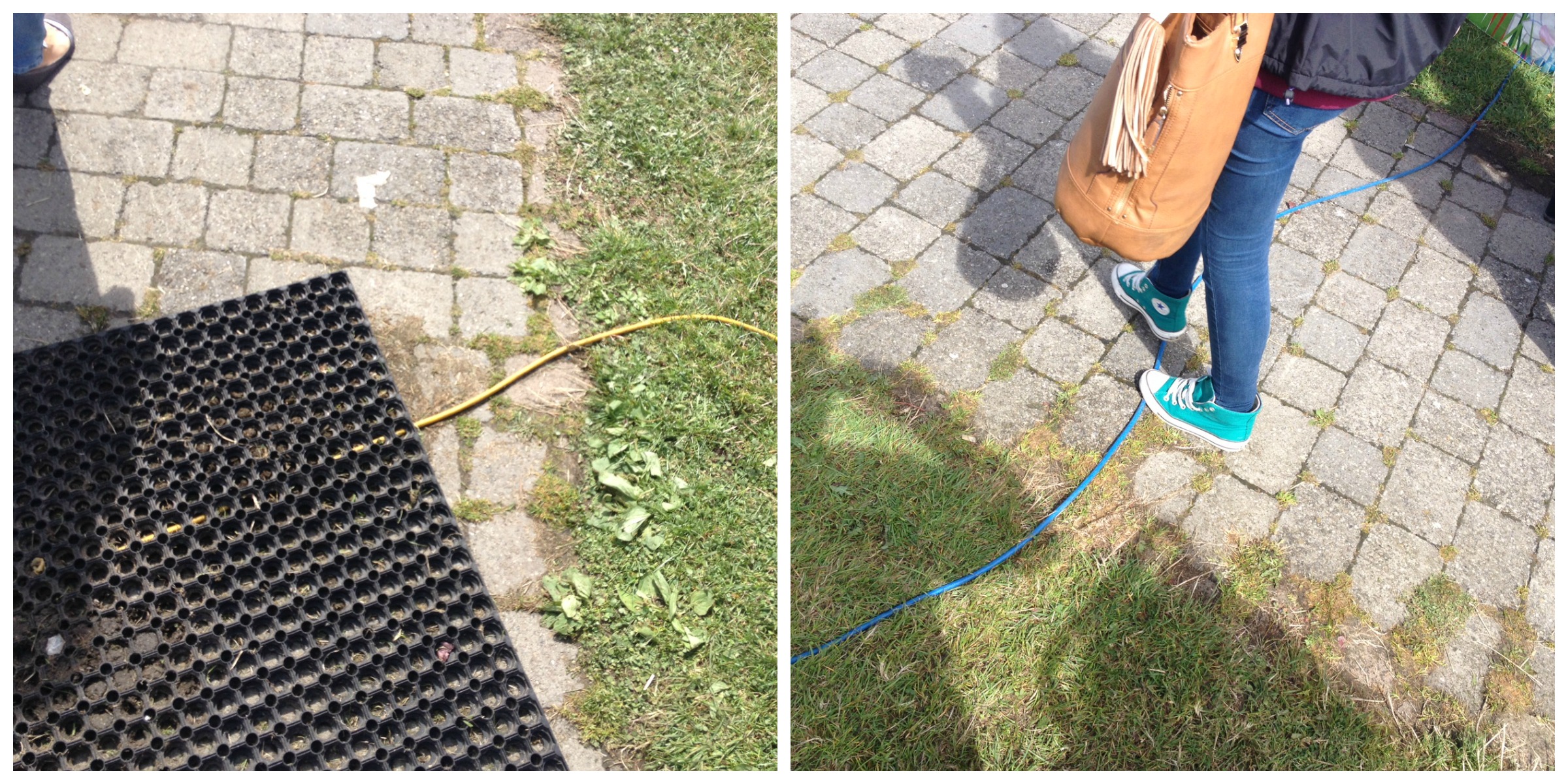 This happens regularly at events as, by their very nature, putting them together tends to create trip hazards.

What's important is the things are risk assessed properly and that measures are taken to eliminate the trip hazards.

The pictures above were taken at the same festival and were taken around 10 feet from one another. Both were taken in areas of easy access to members of the public within the event site.

So, on the left, someone has clearly noted the trip hazard and risk associated with the yellow wire and has placed a mat over it to mitigate against the risk. 10 feet away, no effort has been made to reduce the risk presented by the blue wire across the path.

#6 Be picky about the people on the committee

Now, quite often, these people are suffered and those on the committee who actually DO the work let them tag along thinking 'sure, what harm?'.

The thing is that these people can actually CAUSE you issues.

At a festival last Summer we saw some committee members at an event decide to hold an awards ceremony right at the entrance to the event. They blocked up the whole place and, at the very least, inconvenienced a lot of people coming in and leaving. At worst they were blocking the exit from the festival, which would be needed in an emergency. Should anything have gone wrong during the ceremony, necessitating the evacuation of the site, then the people involved in the ceremony would have been blocking everyone's exit.

That is my best piece of advice.

Whether it's us or another Event Management company, your event will be safer if you involve professionals.

It doesn't have to cost you a fortune, either.

We worked with a new client recently and saved them enough money by sourcing good, reliable suppliers for the event, to more than cover the cost of our involvement.

Our dual specialisations in actually running events as well as being Event Safety professionals allows us to be able to do that for clients.

You have a duty of care to the people who come to your event.

Do whatever you can to ensure they're safe.