Author / Mark Breen
Part of the responsibility we take on as Safety Officers on events is sometimes having to make tough calls during events or, indeed, during the lead-in to events. Thos calls can have major impacts.

This article was originally published as an article over on my LinkedIn.

It has been adapted & amended slightly for use here.

As event organisers and, particularly, as Crowd Safety & Event specialists, we take on a lot of responsibility and regularly have to make tough calls when planning and managing events.

Often, some of the toughest calls are actually made in advance of our audience ever coming near the event. These are generally made with the safety of the audience, staff, contractors, partners and more in mind. 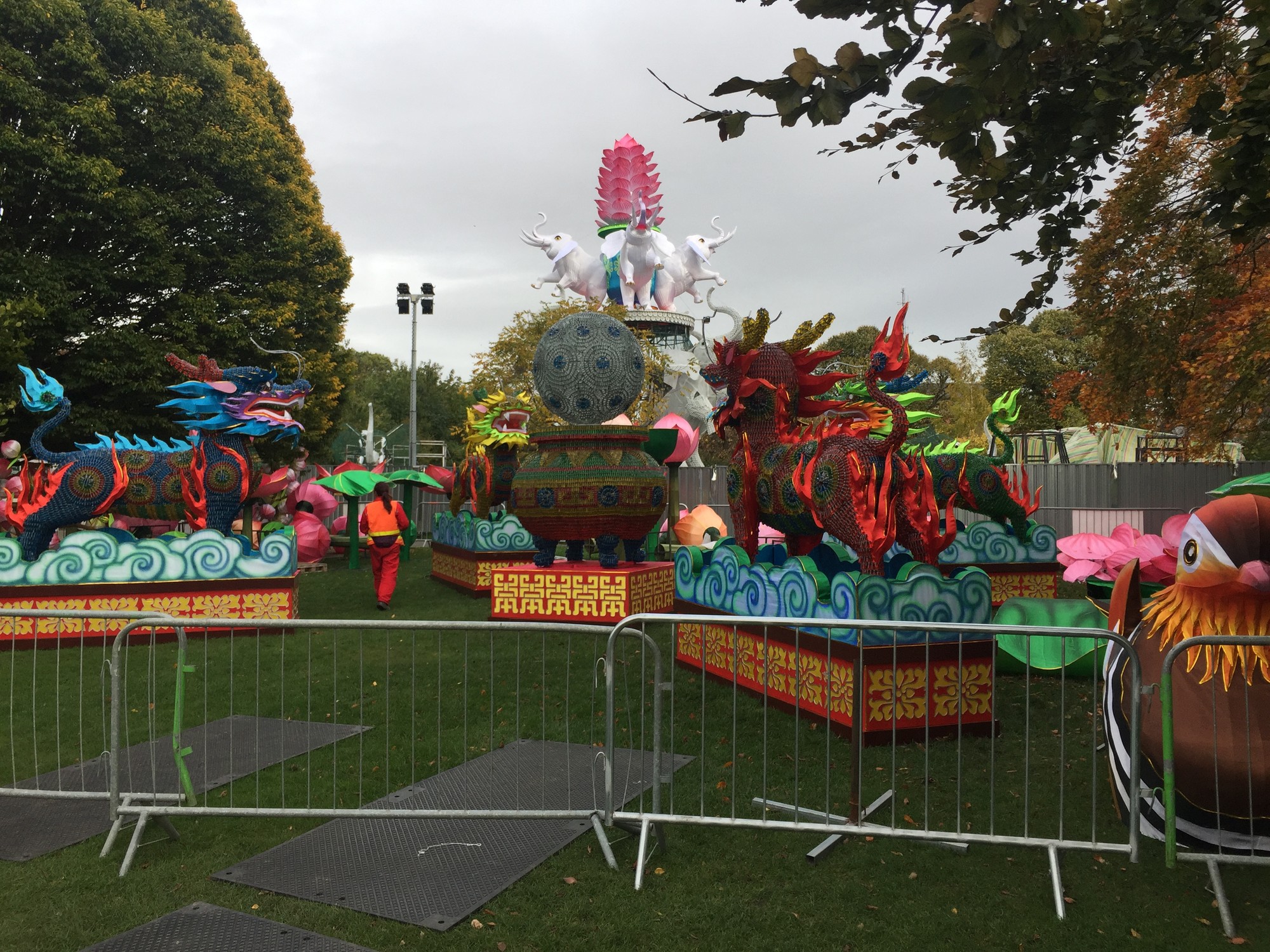 We're working with Dublin Zoo on their Wild Lights. 2017 was the first staging of these events. The events opened to the public on 3rd November and a large number of nights sold out well in advance. Ultimately, the event sold out completely and was a major success.

The build for the event spanned almost 7 weeks, with 30+ Chinese artists creating and installing a large number of Chinese lantern attractions all around the Zoo.

Some of the installations were quite tall, with the tallest hitting around 18m in height. You can see this installation in the background in the picture below.

The tail-end of hurricane Ophelia hit us here in Ireland during the build for the event. We'd been monitoring weather conditions throughout the build and we had to make some tough calls as a result of the wind strengths and speeds we knew were due.

We instructed that no build work be undertaken the Monday Ophelia was due to hit, so that we could monitor the winds and react accordingly. Similarly, on the Tuesday, the Zoo remained close as storm damage was rectified.

We also had to arrange for the top 2 sections of the 18m installation to be taken down the previous weekend in advance of the winds hitting us. This was the safe and prudent decision to make. It involved getting a crane lift done over the weekend and working with key suppliers to ensure it was done safely while the Zoo was operational.

These were tough calls as we were on a deadline to get the build completed. The event had to open on schedule and there was a wide range of factors that impacted on how much work the artists can get done every day.

Our decision not to build on the Monday and Tuesday had the potential to directly impact the timeline for completion and, as a result, could have had a significant impact on the Wild Lights events themselves.

On top of that decision, we took a number of other precautionary measure across the site and build in advance of Ophelia reaching us.

Safety is at the core of what we do. It underpins all our decision-making when working with clients.

That said, we're acutely aware of commercial imperatives and understand that decisions we take for safety reasons have knock-on effects.

The event build was completed on time and the Wild Lights events opened on time. That is down to teamwork, planning, a realistic client and having assembled the right suppliers.

We only make calls like halting work on an event build when we feel we truly have to. It's great to be working with clients that understand us, understand how we work and trust that these decisions are not taken lightly.