Author / Mark Breen
It seems flames from a nearby simulated volcano are to blame for the fire.

Organisers thanked the local fire department for bringing the blaze under control, which allowed them to continue with the screening.

You can see the extent of the blaze in the video below.

Thankfully it appears no injuries have been reported at this stage.

This one is an interesting illustration of people's reactions to fires. It's well documented that people in general don't act the way we THINK they do in a fire. Panic isn't actually that common.

If you look at the photo below, which is a still from the video above, then you'll see that, despite their proximity to the danger, most people are facing it and recording it and taking pictures on their phones.

A number of news reports have talked about panic among the crowd here but I don't see it. The same media outlets tend to term any incident involving a crowd a stampede, when they generally aren't. If you watch the video there is little indication of panic. Even when people do move away from the fire and focus more on removing themselves from the vicinity than record the scene, they move slowly and calmly. 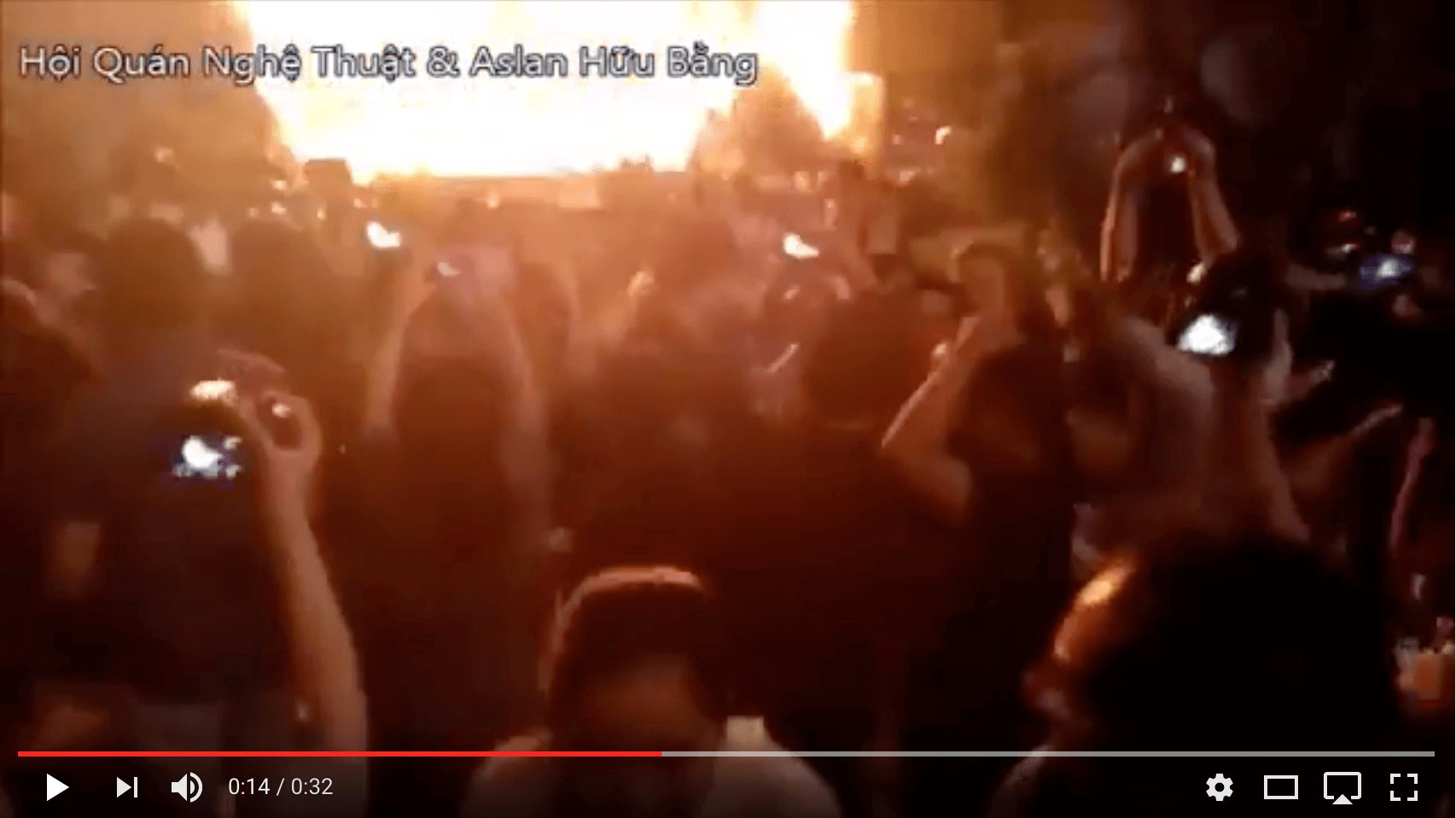 While the phone technology may be relatively new, people not actually panicking when faced with a fire isn't new.

This could have been much worse. The fire was significant and you can see from the video and the stills taken from it that the crowd was substantial and not too far removed from the blaze.

They didn't seem to fear for their lives at any point.