Author / Mark Breen
Race events like the Giro that involve participants mixing with a variety of vehicles are always prone to incidents like this. Generally speaking, in events, we look to avoid mixing vehicles with participants but race events are different and, by their nature, necessitate police motorbike escorts and support vehicles etc.

We work with the Dublin Marathon event each year and deal with similar challenges, with vehicles moving among the runners. It involves a robust risk assessment process in the planning stages and experienced people involved in each element, from those driving the vehicles through to those granting access etc.

You can watch the incident in full in the video below.

For whatever reason, the police outrider chose to bring his motorbike to a full stop on the side of the road. You can see that the grass verge dictated he had to remind on the road when stopped.

As the fast-moving group of cyclists passed him, some riders, likely unsighted due to the tightly-packed nature of the group, didn't see him until it was too late, causing at least one rider to clip the motorcycle. That rider then careered into other riders and riders behind crashed into them, resulting in a pile-up of bikes.

You can see in the still from the footage below, the exact moment the bike clipped the motorcycle. 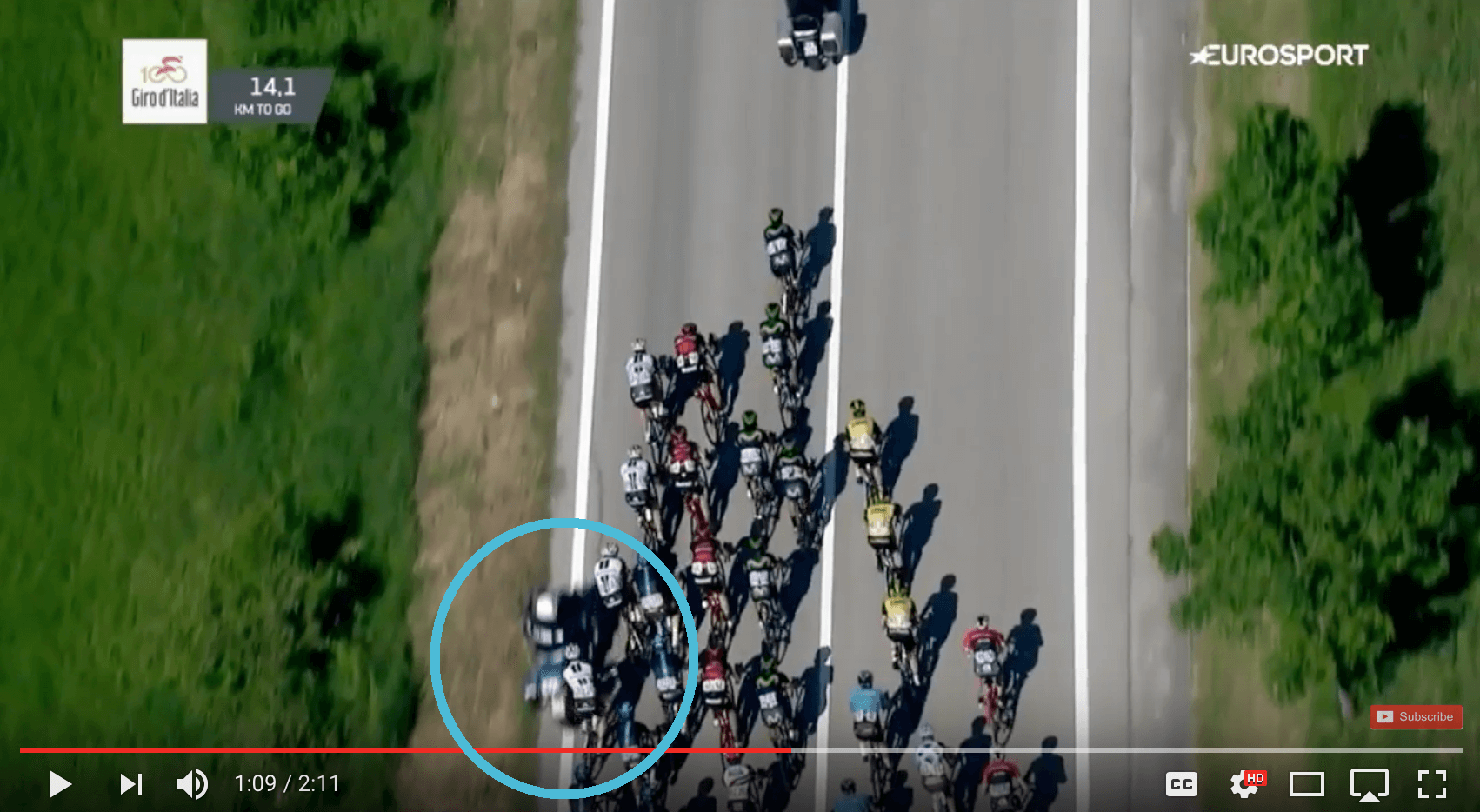 Why did the police outrider opt to stop his motorcycle there and then?

Did he perform what we term a 'dynamic risk assessment' before pulling in to the side of the road?

An experienced outrider should have known that it would not be safe to come to a stop there. The field was very tightly-packed and it was very much foreseeable that his stopping there would likely result in the accident that followed.

This crash has had a MAJOR impact on the event. Gearing Thomas was injured in the crash and the stage was ultimately won by Nairo Quintana who is one of the favourites. Thomas had been in 2nd place at the start of the day but fell down the rankings as a result of the crash.

This though, on the face of it, is the result of a decision by an outrider to stop in a dangerous location that caused an accident.

Date
15 May 2017
Author
Mark Breen
Category
In The News