Why Do Events Need Safety People [3]?

Our 2 previous posts in this series actually concerned the same event. You can read the very first one here and the 2nd one here.

This post comes on foot of my attending a family-fun festival just last weekend.

When planning and running events in here, we always set the bar as:

Would I be happy for my mother or child to attend this event? Would they be safe here?

This particular event fell well short of that bar.

Let me explain why.

My family and I were not 10 minutes at the event when this incident occurred. The photos below are taken by me in the immediate aftermath of the incident. 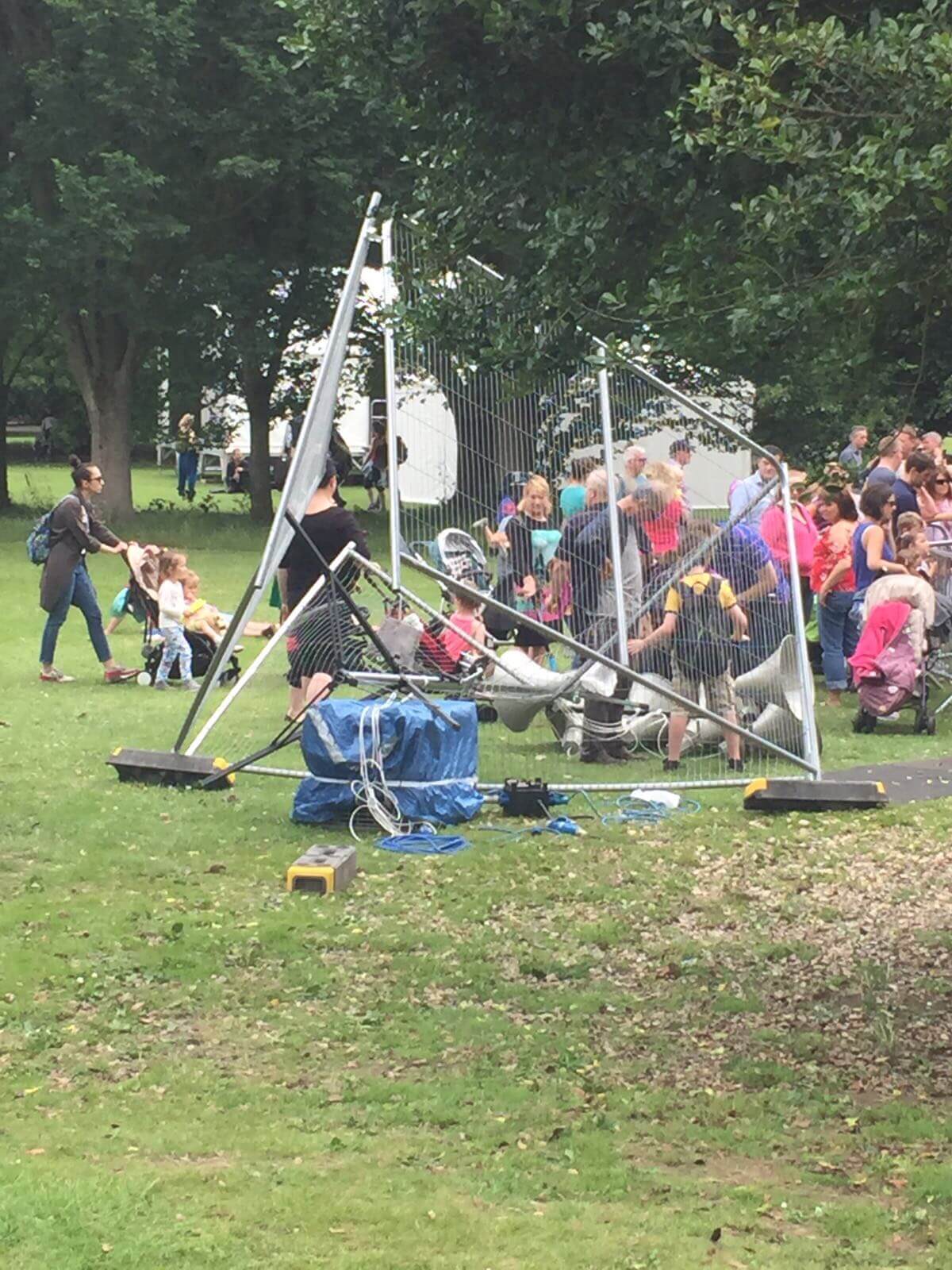 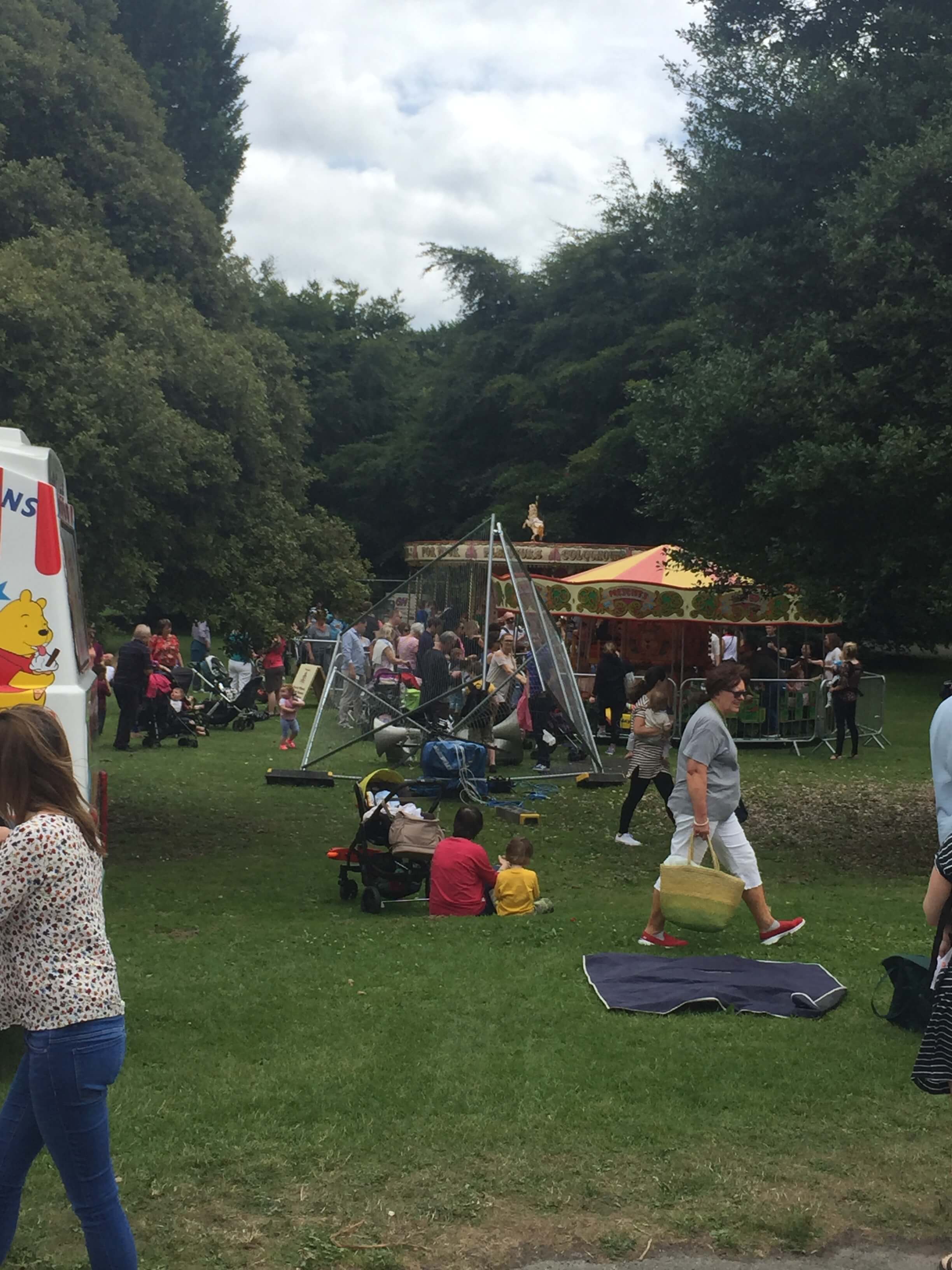 A tripod with a number of bullhorns attached to it, located within a heras triangle fell over and very narrowly missed hitting a number of people.

It was genuinely amazing that nobody was struck by the tripod, bullhorns or heras fence panels as they fell.

Beyond the incident above, there was a wide variety of issues obvious at this event.

It simply was not safe for members of the public. The most basic of understanding of the duty-of-care to staff, contractors, suppliers, the audience and all on site is clearly lacking or ignored.

It simply isn't good enough. The fact that it's free to attend is no mitigating factor either. Those running the event must ensure it is safe for all. This one most certainly wasn't.

Here are some examples of other issues at the event: 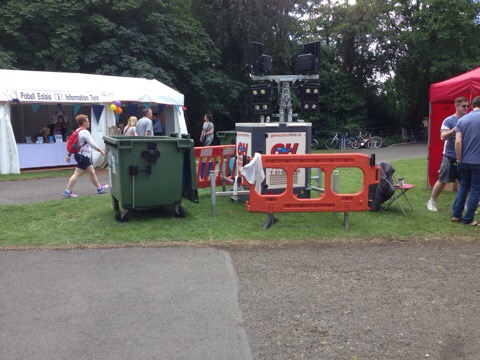 There were multiple generators and light towers that were not effectively or properly barriered off so as to preclude public access. Here is one such example, where a bin and 2 barriers are used ineffectively.

I've not blurred / obscured the supplier logos on the light tower as it's not their responsibility to ensure public can not access the equipment. 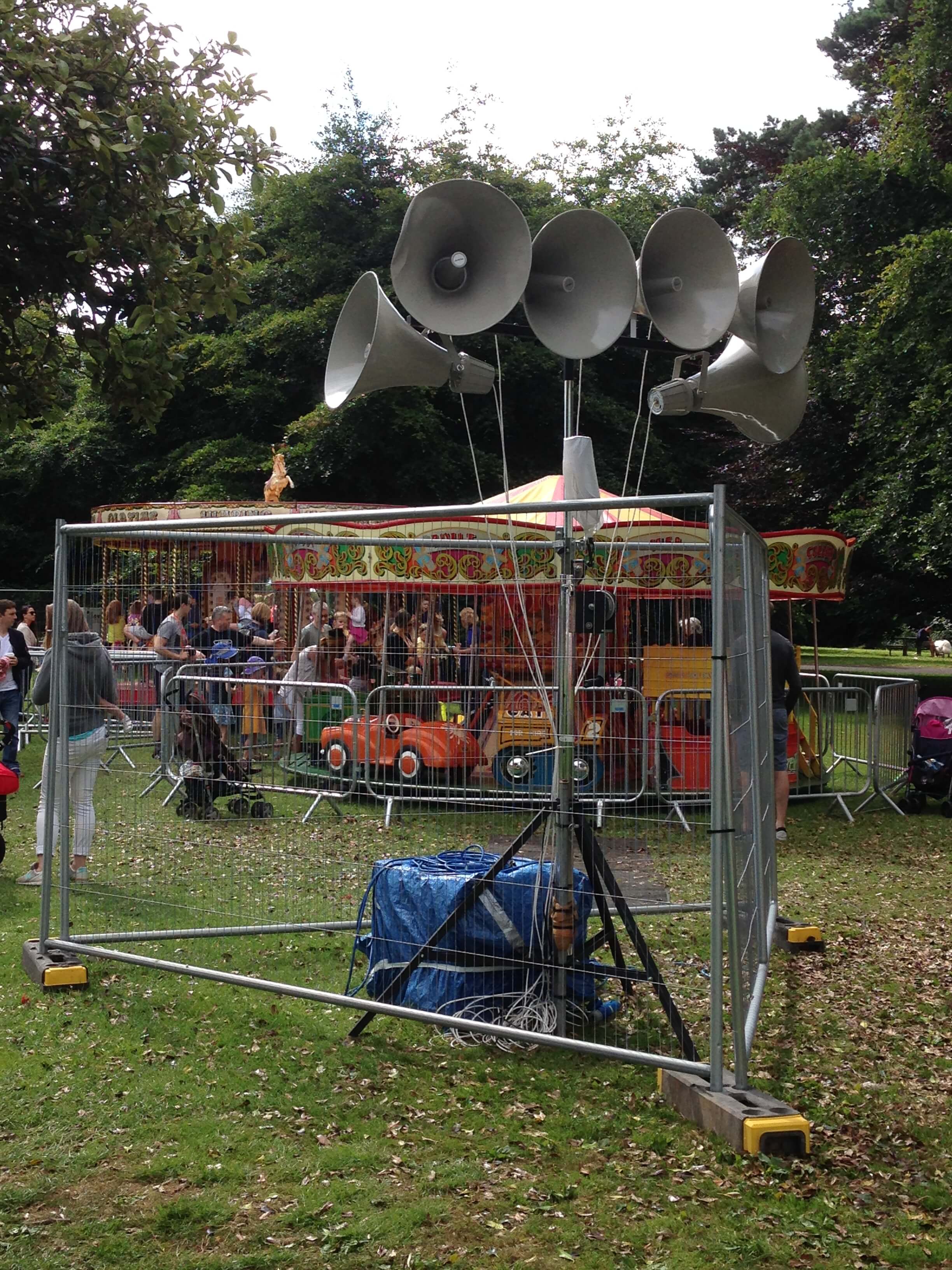 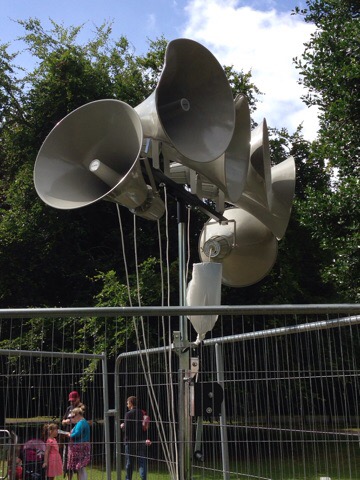 The 2 pictures above show another instance of the tripod and bullhorns configuration that fell down on the first day. 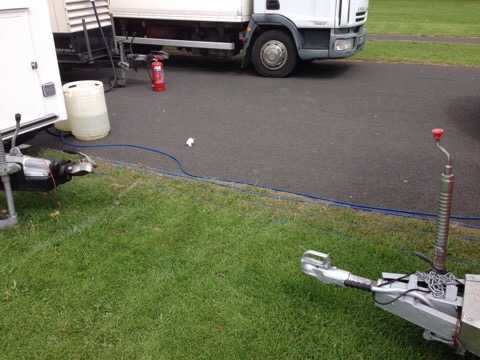 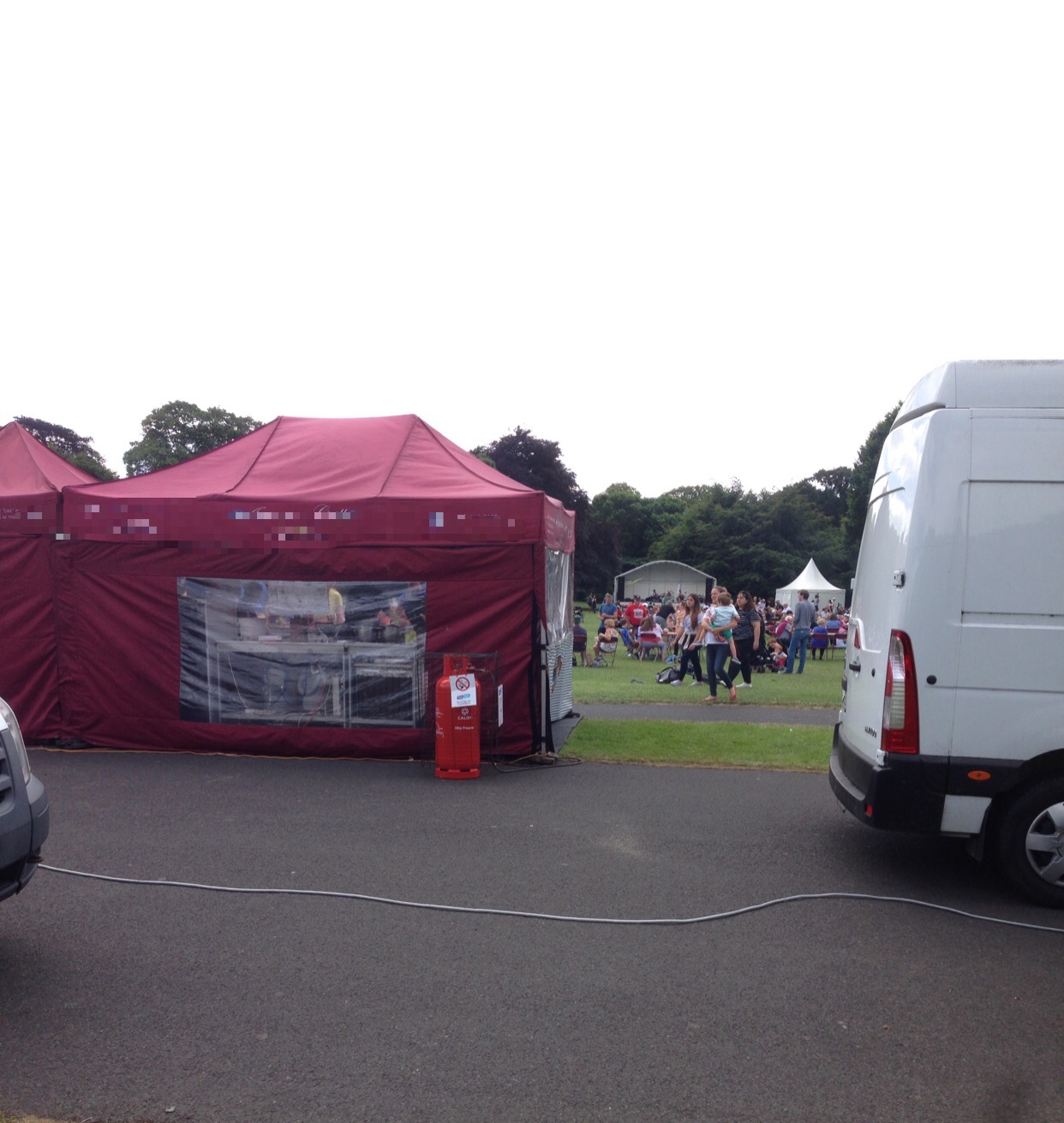 The picture above shows an area members of the public can easily access, given the lack of any barriers. Worryingly also, is the gas canister that's not caged, as it should be and is also far too close to the cooking unit. 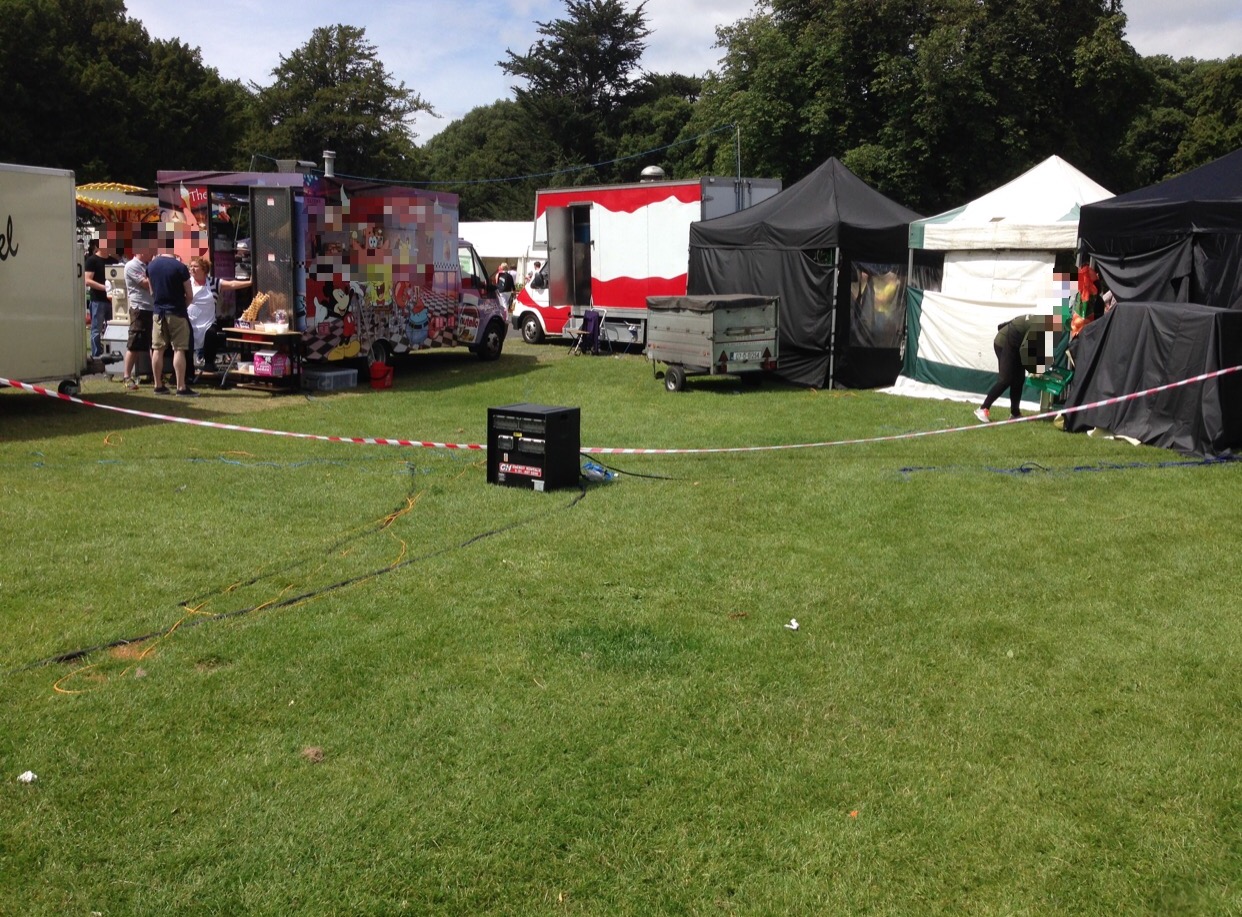 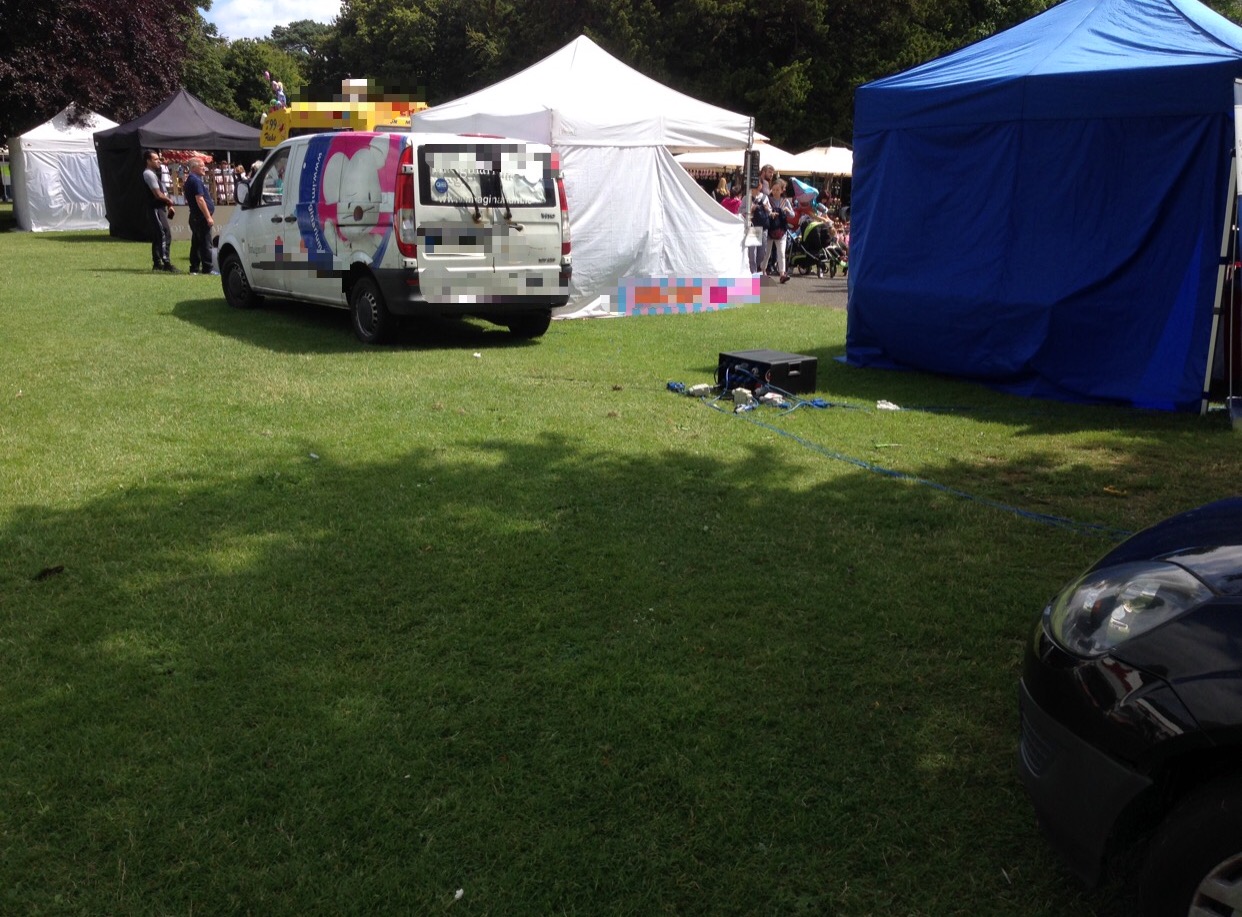 The two pictures above show more electrics and cabling elements that are easily accessible to anyone at the event. They also show an ineffective attempt to use hazard tape to cordon off an area, with the tape actually running inside the bistro box (electrics element) rather than outside it. To fully illustrate the danger of cabling running along the grass in areas the public can access, the picture above shows a young child playing in and around a cable.

There were thousands and thousands of happy people at this event. My family and I had fun at this event. The weather was superb. Some of the entertainment on offer was really good. There was a lovely vibe at the event.

This was all IN SPITE of the glaring and unacceptable inadequacies in the organisers' provision for the safety of the public at the event.

This is quite common.

Unless there is a serious incident, which is reported and discussed and that the general public is aware of, then here's what is likely to happen:

This is the problem and this is why we see the same issues arising time and time again.

This was a two-day festival and the main incident described above happened early on the first day. It would seem nothing was learned or altered in advance of the second day as a result of this having happened on the first day.

On both days I received texts, emails and messages from a variety of people both attending and working / exhibiting, many including pictures along the lines of what I've included above, expressing their dismay and worry in relation to practices at the event.

This is why events need safety people.

If you think you need help with ensuring your event is safe then get in touch.